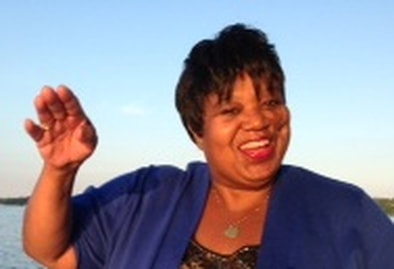 As a twenty-something hearing person, Debbie Lawrence was attracted to the rich and separate world of the Deaf when a missionary came to her home church in Philadelphia and presented on Deaf Missions. It was at the end of the missionary’s presentation that she purchased her first sign language book, “Talk to the Deaf,” that captivated her imagination. She began learning sign language and taught her first pre-verbal toddlers songs and a Bible verse at her church’s Vacation Bible School (VBS). In her class final presentation they received a standing ovation for an outstanding performance of little hands fluttering in sign language. Not long after that initial experience of teaching sign language, "I received a divine calling from God to minister to deaf people," although she had never known anyone who was deaf. 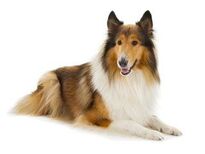 Debbie was overtaken with viral encephalitis and became temporarily blind and deaf. She says "it was a truly a miracle of God that not only was my hearing restored, but my sight, balance and memory as well." Her own personal experience of deafness deepened her calling. Upon being fully recovered she pursued some series of preparatory events from an in-home Sign Language class conducted by a pastor and his wife. In 1986, Debbie married a man who was hard of hearing and who later, as the result of over radiation for a glioma brainstem tumor, became severe to profound late deafened. Sign language became her family’s mode of communication. During her husband’s decline in health they raised three children in their home who were birthed from their hearts. ASL became part of the curriculum for their junior high home-schooled student. The other two hearing children learned ASL at 11 and 24 months. Even their family’s collie understood and responded to ASL.

Pennsylvania School for the Deaf 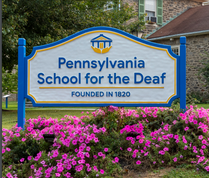 After the demise of her husband she began volunteering at Pennsylvania School for the Deaf (PSD) in the classrooms, Deaf Adult Literacy program to the After school bible club for Deaf students. Continuing following the call of God, she moved to the Twin Cities to pursue her ASL studies at North Central University and Health care Interpreting at The College of St Catherine’s. Now, this energetic, hearing woman has earned a B.A. degree in Deaf Culture Studies and her M.A. in Deaf Culture Ministry along with her Career Counselor certification.

​Debbie makes a difference and continually touches the lives of all of her students from babies to baby boomers. Her lively way of connecting with her students caused one of her youngest student, a 22 month old infant with Down Syndrome to speak her first word instead of signing thereby, leaving the whole class in utter amazement and her daddy in big tears.  Her oldest student an 83 year old great grandmother with arthritic hands left her newly deafened nine years old great grandson stunned as they began conversing in Signs in his new language.

These and many other significant events occurs in her beginner level ASL four modules, 4-week classes where she shares her knowledge with hearing Parents of deaf and hard of hearing children, Early Childcare Providers, Medical Care Professionals, K-12 students, Students with Developmental Disabilities and Autism and adults experiencing sudden sensorineural hearing loss.
​

Debbie has trained thousands of individuals

​Overall, it is Debbie Lawrence’s desire to continue making a difference and touch lives
by providing two-way communication and Deaf Culture Awareness
through the training of American Sign Language for all ages. 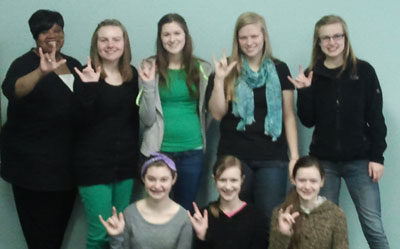 Often in the media, active in the Deaf community, and teaching ASL in multiple outlets,
Debbie Lawrence is highly qualified to teach people of all ages ASL and Deaf Culture.